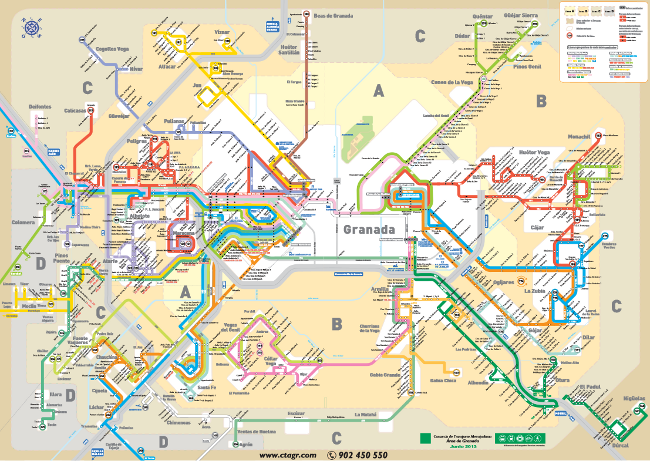 The Metro of Granada will go by Albolote, Maracena, Granada and Armilla.

The Metro of Granada is a LRT (Light Rail Transit). Its route, 15.9 Km. and 26 metro stations, go through the North-South axis of metropolitan area of Granada. The estimated duration of journey, from every head, is 45 minutes approx.

Thought as a surface conveyance in most of its route (83% total route), underground part go by entirely in the city of Granada. Underground stretch in under Camino de Ronda and America Avenue.


See Metro Line 1 of Granada in a larger map 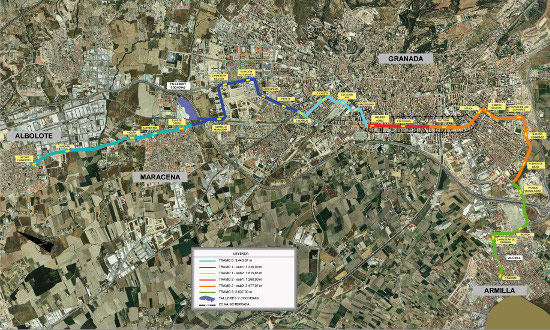